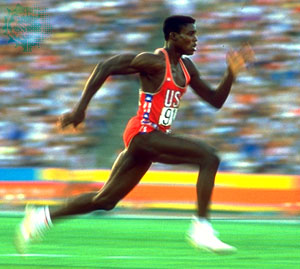 Speed is the name of the game in today’s sports world and every “guru” out there has their won specific set of skills that they promise will get an athlete faster. While some of these practices may or may not produce results, one can’t deny that a solid weight room foundation aids in speed development. We at Swxller have put together our top 5  room exercise for speed. Give them a try and put some heat in those wheels!

Olympic lifting employs some of the fastest barbell speeds in the sports world today. The reason that these exercises have been used by sport specific athletes is that the clean produces a very high power output. this output has been linked to increased force production of the abdominals, hips, and trunk which has translated into increased speed for athletes. While complete mastery of this olympic lift is not essential, a weight that can provide enough stimulus to create a high power output is desired 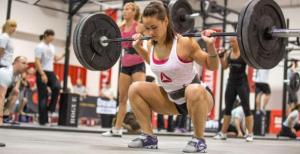 Lower body strength and power is essential to become a faster athlete. Strength in the muscles of the entire lower extremity help to produce the optimal stride frequency and stride length to increase speed. This old school lift has stood the test of time to produce not only lower body, but total body strength by engaging the core to stabilize the body during this exercise. Increases in strength from the squat has also been linked to gains in the ability to decelerate, which has an overall positive effect on faster sprint times 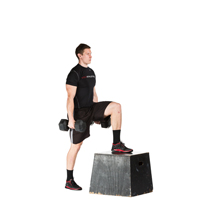 Unilateral strength is key when one talks about speed. When you run you are in what we call a “flight phase”. In this flight phase you are on one leg. It would only be logical that you would train to be stronger and stable on one leg right? Well the dumbbell step up is a great exercise to improve stabilization and strength on one leg and help to mimic the motion of the hip flexor while running. 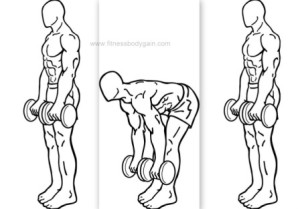 Although this exercise may seem to some to not make the cut, increased strength of the posterior chain, namely the gluten, are very important to increased speed of an athlete. RDL’s are a knee dominant lower pull exercise that will help an athlete straighten and control the swing phase of the sprint motion. It is important to strengthen the hamstrings and hip extensors as the hamstring is one of the most injured muscles in sports

Now we get into some actual running!! The prowler push exercise is great in that it forces the athlete to stay in a 45 degree angle that is crucial to efficient sprinting. The prowler push also helps to increase core activation, core stability, and strengthens ankle stability. The prowler is one of the best exercises for overall sprint mechanics are  should be put into your arsenal.

Add these exercises and you will see your speed increase in no time.